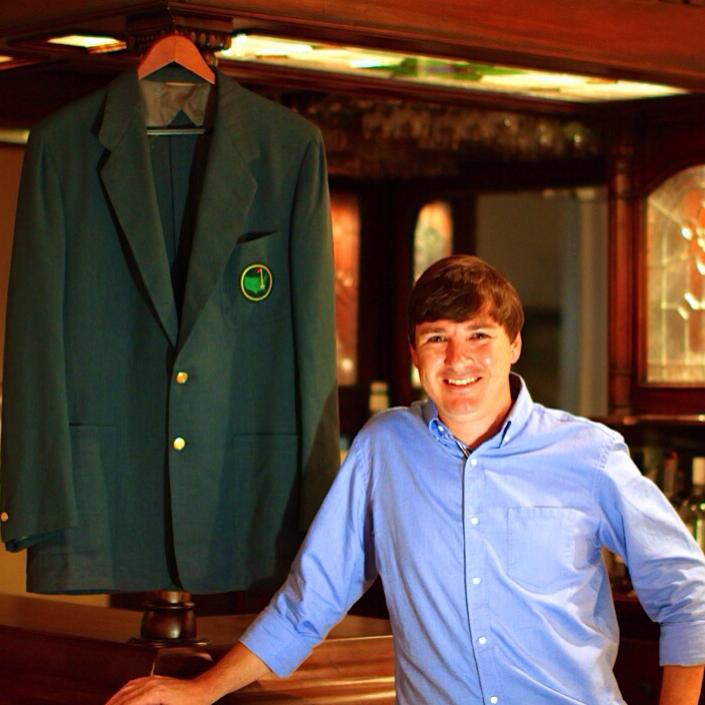 “Never buy golf memorabilia as an investment; buy it because you love the item. But if you get your hands on the right item at the right price, you might accidentally make money on it.”

Ryan Carey is exactly the type of person that the Golf Yeah podcast was created to showcase. A lawyer by training, and a practicing attorney, around 13 years ago Ryan Carey and his partner Bob Zafian, identified an opportunity in the world of golf memorabilia, and in 2006 they created on online business called “Green Jacket Auctions,” that’s grown into the largest auction house of its kind.

To give you an idea of the scope of Ryan’s business, its most recent auction featured more than 1,000 lots, with items ranging in price from $25 to more than $200,000. To appreciate those numbers, this morning I searched Ebay for golf memorabilia, and found only 124 items…ranging from a Francis Ouimet trophy listed at around $20,000, to an unsigned photo of Jack Nicklaus kissing the Claret Jug for $5.55. 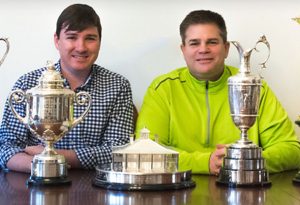 Based on their passion for golf, and for collecting other rare sports items, Ryan and Bob have created what’s become a thriving enterprise that’s expanded into related services, including appraisals, authentication and private searches for hard to find collectables. And in the process, they’ve established reputations a leading authorities on just about everything related to golf…and as their company name suggests…everything related to the Masters Tournament.

I had not met nor spoken with Ryan prior to his interview, but from what I was able to discern from his footprints on the internet…I learned that he’s a native of Tampa, Florida…an avid golfer, a fly fisherman, and a lover of fine wines. He currently resides in Boston, and hoped he’d made the conversion to being a Red Sox fan. As you’ll learn in his interview, he’s a Tampa Bay Rays fan.

On starting the business: “For both Bob and me, this was our side gig that we were not telling our employers about.”

On their dispute with Tiger Woods: “In 2010, we were still pretty small when Tiger talked some shit about us; and that was the best thing that ever happened to us.”

On the golf memorabilia market dynamics: “The market is dominated by a couple dozen very large collectors around the world. They move the bigger ticket items that drive our auction.”

On limiting the number of auctions to 3 each year: “Instead of running auctions every month, we like to make them special events and create buzz around them. We’ve got a great core of followers that love to follow our auctions, and if we have them all the time they will feel less special.”

On golf items sold at charity auctions: “A lot of the items that you find at charity items have not held their value. We don’t want to get into that game. There’s a fine line between collectibles and memorabilia.”

On plans to change the company’s name: “Changing our brand is something we’ve been thinking about, that will help us move forward, so that we’re not pigeonholed into one category or item.” 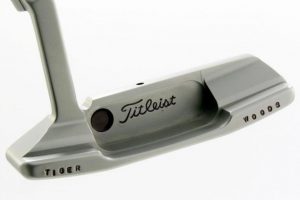 Several of Tiger Woods’ practice putters have sold in auctions, including this one…that went for nearly $89,000 on GJA’s most recent auction.